The History of New Year’s Eve | How NYE Celebrations Started

The History of New Year’s Eve 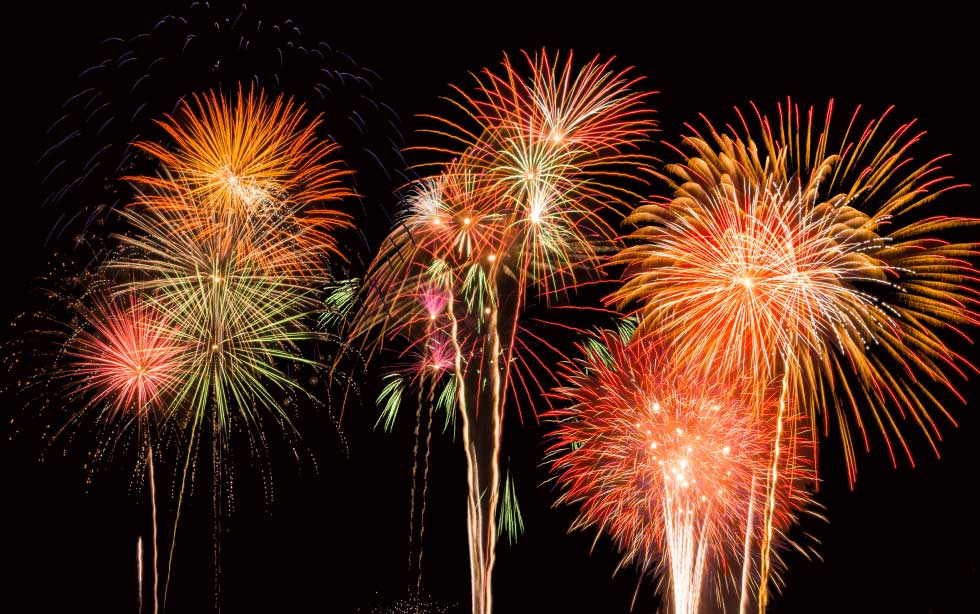 With a tough year coming to an end, we can’t help but hope for a better and brighter future. Of course, the transition to another year wouldn’t be complete without celebrating New Year’s Eve! We deserve to eat good food, reunite with family and relatives, party with friends, and have the best New Year countdown. After all, NYE is one of the most widely celebrated holidays in the world.

The first known record of New Year’s celebrations began about 2000 B.C. in Mesopotamia. This occurred at the time of the vernal equinox, which is toward the end of March. Babylonians would have a religious festival named Akitu taken from the Sumerian term for barley. They’d perform various rituals, which would last for 11 days.

Besides celebrating the New Year, Atiku also marked the time that Marduk, Babylonian’s sky god, defeated Tiamat, the evil sea goddess. Meanwhile, the New Year for Persians, Egyptians, and Phoenicians would start in the fall equinox. Greeks used to celebrate the New Year during the winter solstice.

March 1 as the New Year

In the early Roman calendar, there were 10 months or 304 days only. Then, it was March 1 that marked the New Year. So, the ninth through twelfth months or September through December that we often hear was first called seventh through tenth months.

January 1 as the New Year

The origin of January 1 marking the New Year dates back to 46 B.C., when Julius Caesar developed the solar-based Julian calendar. This was after the old lunar-based Roman calendar became ineffective.

Another reason behind making January 1 the start of the New Year was to honor Janus — the Roman god of beginnings who had two faces. This means that he could go back to the past and move forward to the future.

To celebrate the occasion, ancient people would offer sacrifices to the god of beginnings, add laurel branches to their homes as decorations, and exchange gifts.

However, the New Year celebrations were paganistic. So, January 1 was removed as the start of the year. December 25, the day Jesus was born, was then considered the beginning of the New Year. March 25, the Feast of the Annunciation, was also used as a replacement for January 1.

NYE in the Gregorian calendar occurs on December 31. In late 1582, Pope Gregory XIII implemented this calendar in Rome. Minimal changes were applied to the Julian calendar introduced by Julius Caesar.

As the lunar cycle calendar became a solar year calendar, some days had to be removed as well. So, days after October 4, 1582, were changed to October 15. You can only imagine what people born on October 5 to 14 felt!

You can’t say goodbye to 2021 and welcome another year without celebrating New Year’s Eve. Various countries have their own traditions and celebrations, but there are also common ways to celebrate this special occasion.

One of the highlights of New Year’s Eve is the different kinds of food to be shared with family and friends. However, as we’re anticipating a better year, we also love to pick those that have meanings and let us bring good luck, like the following examples:

A popular tradition in Spain includes eating 12 grapes on New Year’s Eve — that’s one grape at each stroke of the clock at midnight. These grapes represent the 12 months, and you have to eat all of them to enjoy a lucky year. Otherwise, the upcoming year might be harsh to you. So, you better chew all of them before the clock stops chiming!

In Greece, Mexico, the Netherlands, and other countries, round cakes symbolize the circle of life. Others would put some trinkets or coins inside the cake. Then, if you’re lucky to get it, you’re expected to experience good luck in the coming year.

Pigs symbolize progress in countries like Austria, Portugal, and Cuba. So, eating pork on New Years’ Eve is common as a way to attract prosperity for the next 365 days.

Legumes look like old Roman coins and symbolize financial prosperity. That is why Italians have lentils, and Americans add black-eyed peas to their dishes on New Year’s Eve.

Long noodles are thought to give you a longer and healthier life. You’re supposed to eat them while making sure they don’t break in half. Meanwhile, in Japan, people eat soba noodles on NYE to symbolize their journey from the old year to the new one. This also means leaving behind their regrets in the last year.

A few countries, particularly in Latin America, have this superstition that you can manifest success and prosperity if you choose the right color of underwear. For instance, if you want to get lucky in love and relationships, wear red underwear on NYE. Meanwhile, yellow underwear could bring you luck, money, and happiness.

Another popular New Year’s Eve tradition that most people, if not all, love is the midnight kiss — with your partner or even a new friend. Wondering how this part of the history of New Year’s Eve started? It’s thought to be from Saturnalia, a pagan festival in ancient Rome, which involved a lot of singing, dancing, drinking, socializing, sharing gifts, and kissing!

In German and English folklore, a midnight kiss is a great way to start the New Year as it would help you bring good luck. Also, it’s believed that the person you kissed contributes to the fate of your year. So, you might want to pick your partner carefully.

From achieving a healthier body, spending more time with family, and pursuing goals and aspirations, to loving ourselves more, we’re fond of creating New Year’s resolutions. However, did you know that this tradition started about four millennia ago? Babylonians would make promises to the gods to ask for a better year.

Then, Romans would also offer sacrifices and promise Janus to show good deeds. These include returning farm tools that they borrowed from others and settling their debts. Meanwhile, Christians treat the occasion as a time to learn from their shortcomings in the past year and focus on ways to become better for the upcoming year. While the spiritual side of New Year’s resolutions is gone, creating New Year’s resolutions has been centered on personal development.

Ringing in the New Year also involves throwing fireworks or using different types of noisemakers. If you want to know when or where the firework tradition began, we have to go back to the seventh century A.D. in China.

Fireworks were meant to scare off evil spirits. They’re also known to bring prosperity and good luck. Even different designs and colors correspond to various types of luck, including fertility, love, and health.

It may be cold on New Year’s Eve, so keeping your doors and windows open might not be a good idea. However, in the Philippines, doing this at midnight helps you get rid of the negative energy from last year and attract good energy for the upcoming year.

Hanging Onions on Your Door

This sounds like another bad idea as your home might not look or smell great during New Year’s Eve. However, in Greece, this practice means growth and rebirth. Parents would then ask their children to put the onions on their heads to draw good luck for the year to come.

Throwing Water Out the Window

Another practice believed to ward off evil spirits is throwing water out the window on NYE. This is especially popular in Latin America. The tradition also symbolizes renewal, making it a good way to say goodbye to the old year and start a new one.

In Brazil, a beach getaway is a common way to celebrate New Year. However, people there also love to wear white outfits during New Year’s Eve to experience good luck and peace for next year.

If you’ve been to some New Year’s Eve party, you must have heard people singing the Scottish song “Auld Lang Syne.” In the English language, it means “old long since” or “for the sake of old times.” Want to know more about the origin of this popular song? In 1788, Robert Burns wrote this poem in the Scots language. However, it was inspired by a Scottish folk song.

Even if you don’t know or understand the lyrics, you’ll still enjoy it, with everyone forming a circle, singing, and holding each other’s hands. While “Auld Lang Syne” is about old friends and memories, it’s also a perfect song to bid farewell to an old year and welcome a new one.

Dropping the Ball on NYE

Watching the ball drop at midnight — either in person or on TV — in Times Square has been embedded in the history of New Year’s Eve too. However, you might ask how this tradition even began. Back in the day, sailors would use what’s known as time balls or chronometers for setting their timepieces. Through a spyglass, they would navigate the harbor and find balls thrown into the water at specific periods.

In 1829, the earliest time ball was dropped in Portsmouth. England. Another one was used in 1845 in Washington, D.C. Then, in 1907, the tradition of dropping the ball in Times Square on New Year’s Eve began.

One of the most popular ways to welcome the upcoming year is to make a champagne toast. It originates from Christians’ tradition of drinking wine in the Eucharist symbolizing the blood of Christ.

In the Champagne region in France, wine started becoming present during baptisms. Thus, it was slowly being used in any religious gatherings. Ancient people would also raise their glass and drink to health and honor. Now, individuals from different parts of the world would make that toast to ring in the New Year.

Knowing more about the history of New Year’s Eve indeed helps us understand the occasion more and its meaning. Of course, singing, dancing, and drinking are all parts of the NYE tradition.

Want to try the most satisfying drinks made by over 40 bartenders, enjoy live music together with top-rated DJs, watch breathtaking light shows, and witness a venue-wide New Year countdown? Make sure not to skip Resolution 2021/2022 in Denver. Get your tickets now, and join the biggest NYE party in the Mile High City!